In 2017, Dallas Massey lost his brother to pneumonia. With an interest in writing, he used that tragedy as an inspiration to write a book.

Growing up, Massey, who’s a per course faculty  in the department of biomedical sciences at Missouri State University, had a childhood full of obstacles. But even after being diagnosed with a genetic disease, he and his late brother, Dillon, still found a way to enjoy life through their love for science, and letting their imaginations run wild. 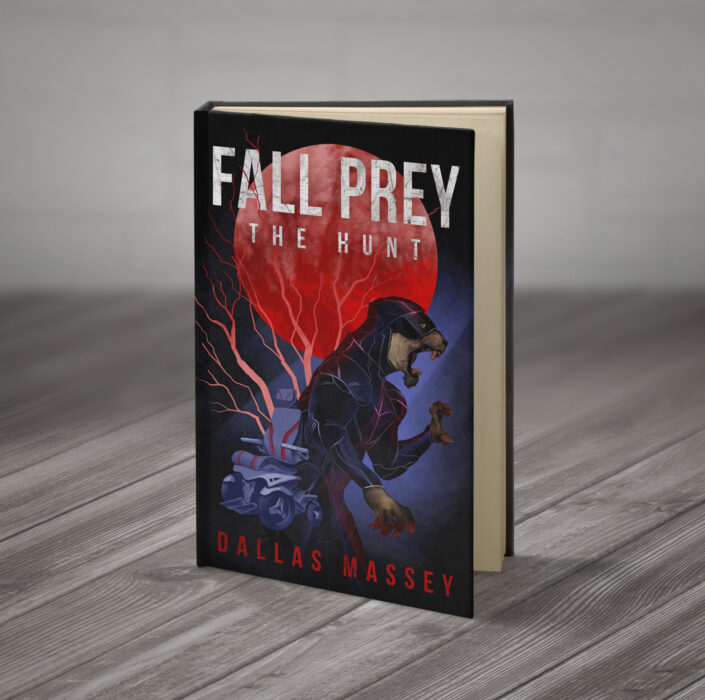 Massey’s writing resulted in his science fiction series, “Fall Prey.”  It combines his passion for science and his love for vampire stories.

“When I was younger, the ‘Twilight’ books never appealed to me, and I always wanted to write an even better vampire series,” said Massey, a Seymour, Missouri, native. “I took about six weeks to grieve the loss of my brother, then I began writing.”

A personal connection to the characters

Blackthorn’s world turns to chaos after encountering a vampire.

Muscular dystrophy is a genetic disease characterized by progressive weakness and degeneration of the skeletal muscles. Massey and Dillon were both diagnosed with the disease at an early age.

“Growing up, my brother and I were like normal brothers in that we fought a lot,” said Massey.

“But as our disease progressed, we became best friends.”

Book two of the series is expected to be released in March 2022, with the third  to follow in August 2022.