Every other year, Chorale members look forward to an international choir tour. For its 2022 international tour, the Chorale headed to South Africa May 21-June 8.

The group performed with local choirs in Cape Town, the Drakensberg Mountains and Johannesburg. The choir was also able to travel to the Basque Country region of Spain last fall to sing in the Tolosa Choral Contest. 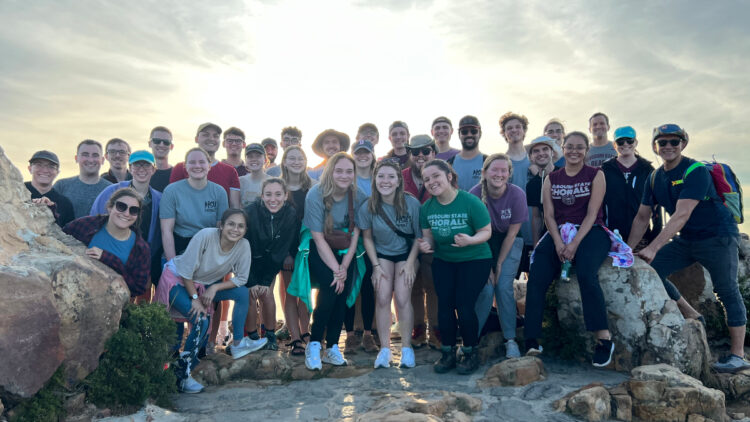 Some students returned to South Africa with the Missouri State Chorale for a second time since the choir’s first visit in 2015.

“Returning to South Africa is a really unique experience,” said Zach Reece, a choral conducting graduate student. “On some parts of the tour, I found myself recognizing places that we’d been to during the last tour or seeing places and stores I know I explored last time. Of course, it wasn’t any less amazing than the first trip.”

Traveling with a choir goes far beyond the typical tourist experience:

“This country changes you,” said Anna Brummell, vocal music education major. “The nature, obviously, is gorgeous. They have mountains, oceans, lush greens and as many monkeys as we have squirrels.

“But the most beautiful part of South Africa is the people. What I noticed from our first concert in Cape Town was that nobody had their walls up.” 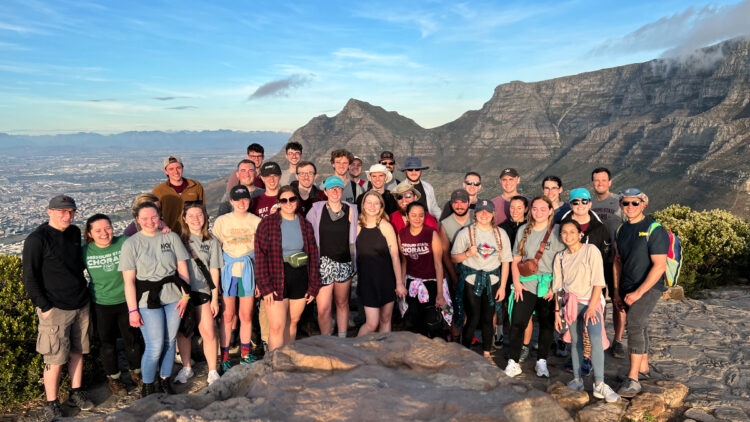 Travel and the arts provide perspective

For each tour, Dr. Cameron LaBarr, director of choral studies at Missouri State, collaborates with Perform International to create an itinerary that balances time in major international cities, but also remote countryside experiences.

Between performances, the choir:

“It’s certainly been difficult over these last several months with travel restrictions in place due to COVID-19,” LaBarr said. “However, we are now even more aware of just how important sharing culture across international borders really is.

“We live in a world of seemingly constant challenge – but music and the arts create conversations and empower people to empathize in ways that wouldn’t otherwise be possible.”