On Easter weekend 1906, an angry mob of white men lynched three innocent Black men in the Springfield, Missouri, town square. Until recently, only a small plaque marked the site in remembrance of the victims.

Now, Missouri poet Robert Bode and composer William Averitt have partnered with Dr. Cameron LaBarr and the Missouri State University Chorale to create an album that memorializes the victims and raises awareness about the tragedy.

They recently released “Easter, 1906” to share this piece of Springfield’s history.

“‘Easter, 1906’ is intended to be a cautionary reminder of the profound evil that can arise from unchecked racism and mob rule,” said LaBarr, director of choral studies at Missouri State.

Making of the music

Bode collected material from historical documents of the period and created new poems that reflect upon this tragic event. 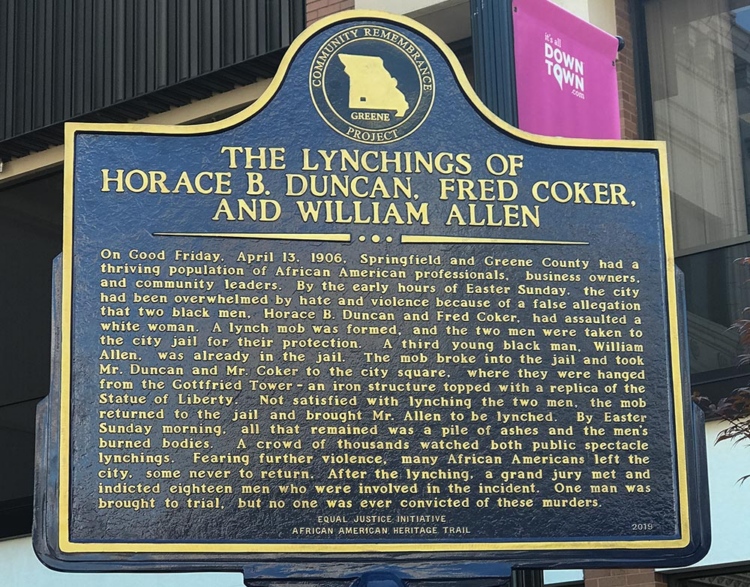 “Easter, 1906” is the third commercially-recorded album released by the Chorale in three years. Grammy-award winning producers and engineers Dirk Sobotka and John Newton also contributed to the recording.

The album is available for listening on all major streaming platforms, including Apple Music,  iTunes,  Pandora and Spotify.

Listen to the first movement on Spotify or Listen on YouTube

Getting involved in the documentary

The process of producing “Easter, 1906” will also be included in a new documentary series called “Choral Singing in America.”

“In the planning of this documentary, the leadership team was looking for projects that were going on in the choral world in America that were and are important,” said LaBarr. “And this is certainly one of those things.”

“Choral Singing in America” will be released in four parts, sharing the stories of the roots of choral singing and how it transforms those who participate.

Explore some of LaBarr’s other projects